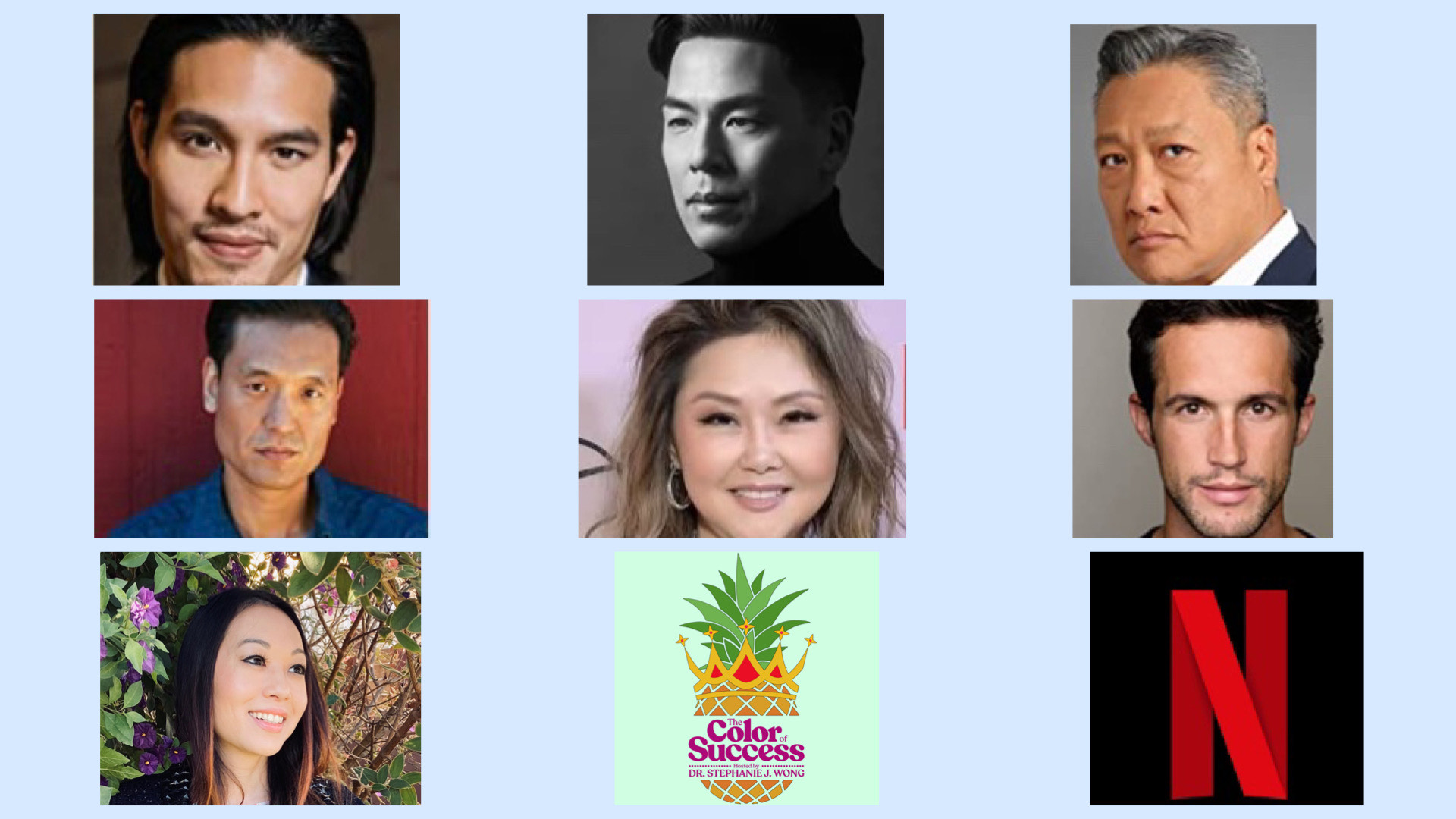 One of the most fun and informative experiences on the Color of Success Podcast was interviewing the cast of Netflix's Partner Track, Desmond Chiam (Z), Rob Heaps (Nick Laren), Kelvin Han Yee (Franklin 'Papa' Min), Rich Ting (Carter Min), Esther Moon (Soo-Jung Yun), and Jo Sung (Sang-Hoon Yun).  A common question that I've been asked is "How did you get them on the show?" All the credit goes to Jo Sung for building  genuine, meaningful connections with castmates and me.

There are many ways that guests end up on the show, one of which is asking myself, "What do I enjoy watching and listening to?"  The team then strategizes in reaching out to contacts because of their potential positive impact and ability to communicate a clear message consistent with the mission of de-stigmatizing mental health discussions among AAPI and ethnic minority communities, and increasing representation in the media.

Partner Track was a show that I bookmarked when I saw the trailer because I saw Arden Cho, an Asian American, female lead!  Partner Track follows Ingrid Yun (Arden Cho) as she navigates her road to becoming a partner at a large law firm, handling corporate cases.  Simple right?  Work hard, get the job?  Did I mention she’s a young, Korean American, woman in a historically old boys club, and grapples with high expectations from her parents?  These are just some of the topics that are addressed that make this show groundbreaking.  After binging the show in a few days, I thought this is a show that portrays -isms, sexism and racism in a realistic way!

Prior to the show premiering, Jo who played Arden's father on the show, and I were connected on social media.  I invited him on our show and he mentioned that he would consider it because he was a bit shy.  He would ask his "TV wife," Esther Moon because she is "not shy at all."  I thought this would be a great message, discussing the dynamics of playing a married, Korean American couple, portraying high parental expectations and the integrations of cultures.

Then Jo asked, "Can I bring more people on the show?"

It became surreal from there, being added on an email list with the cast, and Kelvin asking if there was a link where the public could view the live recording.   Figuring out live recordings was something that was on my list, but this pushed me to figure out Tech integration.  The 48-hours before the event, I was more nervous about the Tech working smoothly than conducting the interview.  Of course on the day of the event, despite testing the integration, I went live on my personal profile vs. our page profile, but our Social Media Director was so supportive and re-directed folks.  Despite my voice shaking with nervousness in the beginning of the interview, it quickly felt like I was spending time with long-time friends due to their humility, humor, insightfulness, and special chemistry.  I am so humbled and grateful that they continue to collaborate and maintain contact with me even post-interview.

Thank you, Jo for bringing us together!  Partner Track is streaming NOW on Netflix!  I hope a second season gets picked up by a streaming service!

For all links to the full interview

Join our Color of Success family on streaming platforms and social media: